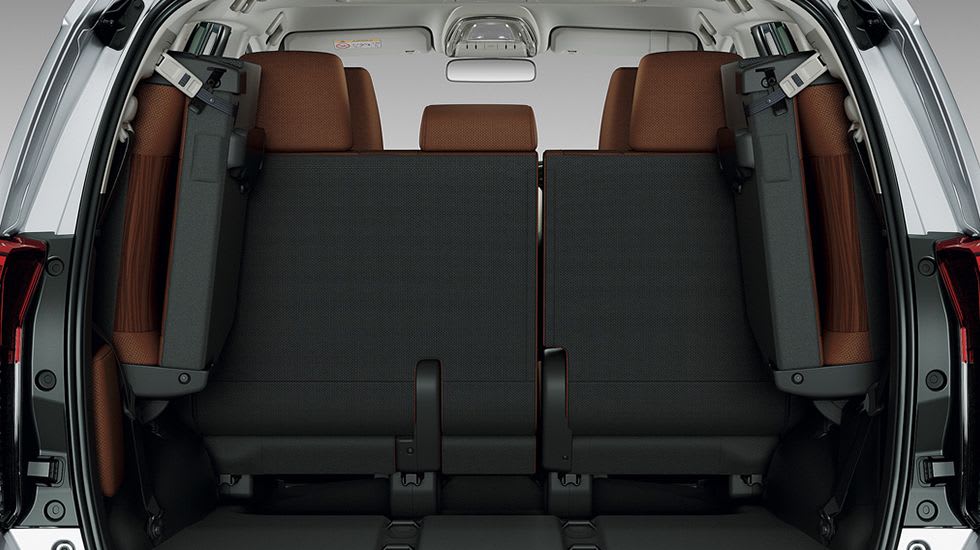 The Toyota Innova is the workhorse of the Indian travel industry, and for good reason. Its flexible second and third rows allow for either plentiful cargo room or seating for up to 8 people (7 passengers plus the driver). For this reason, the Toyota Innova is technically classified as a Multi-Purpose Vehicle (MPV), though most would call it an SUV.

The Innova line was introduced in 2004 in Indonesia, where it is still primarily manufactured. Today it is widely assembled and sold throughout Southeast Asia, the Middle East, and India. It shares the same body-on-frame chassis as the higher powered Toyota Fortuner (also sold in India). Its closest relative in North America is the Toyota 4Runner, and in Europe, the Toyota Land Cruiser Prado.

Perhaps the most interesting aspect of Toyota Innova is the flexibility in its seat configuration. In some configurations the second row has two captain seats with separate armrests and a small aisle, whereas in others the two seats are connected with a 60-40 split, effectively forming a middle seat in between.

The third row of the Toyota Innova can technically fit 3 people though it is best reserved for children or compact adults. The seats fold up to the side when not in use and can be removed entirely to create more room for luggage.

The Toyota Innova Crysta launched in 2016. Compared to the first generation Innova, the Crysta generation features:

For most passengers, the biggest noticeable difference of riding in an Innova Crysta versus the first-generation Toyota Innova is the luxury of being in a relatively new vehicle. There isn't a significant difference in size, design, or functionality. However, there is typically a 15-20% difference in price.

Although the Innova is the most popular tourist vehicle in India, it is not always the right choice for everyone. Typically car rental companies will offer a small sedan or hatchback as an alternative, which may be the right choice if:

There is quite a bit of diversity in the makes and models used for this smaller type of vehicle. Some of the more popular ones are:

This class of vehicle is rarely found in Westerns markets outside of metro areas. Expect the vehicle to be somewhat like a Toyota Prius or Toyota Yaris, but slightly smaller.

At Stayfari, we offer car and driver services throughout India. If you're interested in hiring an Innova, Crysta, or any other vehicle, click here to start planning your next trip with us.

Toyota Etios: the perfect car for quick trips in India

The affordability and efficiency of the Toyota Etios makes it perfect for everyday use. With its compact size, it can easily navigate through traffic and park in tight spaces. Its closest relatives are the Kia Forte sedan in North American and the Peugeot 208 in Europe.…

There's a wide variety of air-conditioned SUVs, sedans, vans, and buses available in India, Sri Lanka, Nepal and Mauritius. This article describes these vehicles with photos.…

Discounts on hiring a car and driver in India, Sri Lanka, Nepal or Mauritius in 2021

If you confirm your reservation more than 60 days in advance, you'll always get our best deal. If you're a verified new customer, you'll get the same deal up to 72 hours before pickup.…